In honor of #Blackspeculationfictionandfantasy month, I’d like to put a spotlight on some of the lesser known black actresses in the SciFi genre.

SYFY Channel has been producing some of the best black characters (both male and female)  in Speculative Fiction/Science Fiction and Fantasy in lead roles on television. It actually lived up to its motto to “Imagine Greater” by doing just that. Diversity in not only the ingenious show premises but also in the wonderfully multicultural casting. It makes for more exciting viewing by far and allows true creativity to be explored. It opens up doors to make characters so outstanding that people are inspired enough to write reviews like this one:

Z Nation has managed to successfully take an organic step towards this radical notion to make a female character who happens to be Black, carry a series where she’s simultaneously intelligent, courageous, mournful, desirable, sharp, witty, beautiful, tough, caring, loyal, vulnerable, sexual (not sexualized, and if so, on her terms), and influential. Warren is not a leader but the leader. She very clearly is looked to for guidance and revered without malice, jealousy, or in-credulousness.

Thus far in the series’ early history, Warren has shown herself to be one of the most revolutionary characters of color on a genre television show. If ever. She’s so beautifully established as not only a central player who exudes resilience, but someone worthy of a tender backstory, an active sexual appetite, and someone who consciously considers the well-being of others while taking care for her own physical and emotional needs. Roberta Warren can not be put in a box, and that’s glorious! 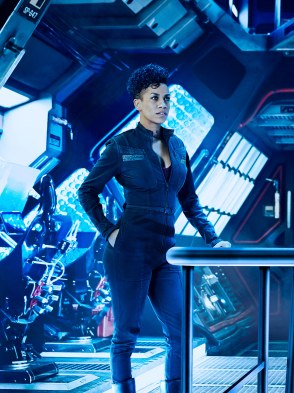 Naomi Nagata (played by British actress, Dominique Tipper) is a space ship engineer, and the Executive Officer of the Rocinante. (Yes, that’s Tyreese (Chad Coleman) from The Walking Dead in a Space Opera Drama. I love this show!

The Expanse is an American space opera / mystery science fiction drama television series on Syfy, based on the series of novels by James S. A. Corey. Set in a future where humanity has colonized the Solar System. 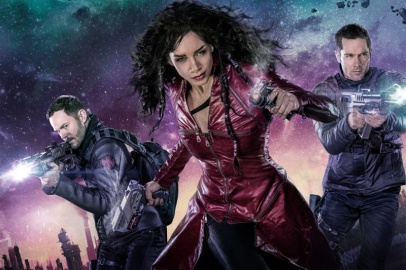 Dutch (played by British actress, Hannah John-Kamen) is the leader of RAC team 25698-A[1], one of the top teams of bounty hunters in the Quad and the captain of their modernized space ship.

Killjoys is a space adventure drama that follows a trio of hard-living bounty hunters – Dutch, John, and D’avin. Working for the Reclamation Apprehension Coalition (RAC), they work in a four-planet system known as the Quad. 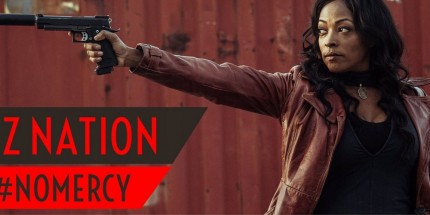 Roberta Warren (played by  actress, Kellita Smith) is the woman in charge of Team Bite Mark, the group dedicated to getting Murphy, the only known survivor of a zombie bite, to the CDC. In the words of http://rhiannonfrater.com/

“On several recent lists of television shows with women of color in the leads, Roberta Warren (Kellita Smith) has been left off. This is such a shame because she’s one of the best representations of female leadership on television in a very long time. She’s one of the many reasons you should watch Z Nation.”

Z Nation begins three years into a virus-caused zombie apocalypse, which has already killed most humans.Several years since a zombie virus swept across America, there’s only one person — who goes by just Murphy — known to have survived the infection — the world’s last hope at creating a vaccine.

Doc ( played by Canadian actress, Rukiya Bernard) is an intelligent,  complex and  introverted scientist, who was turned into a vampire but was watched over and protected by a marine, who has the biggest crush on her named, Axel.

Van Helsing  is set in the near future after vampires have taken control of the world. It centers on Vanessa Helsing, the descendant of famous vampire hunter and Dracula nemesis Abraham Van Helsing. 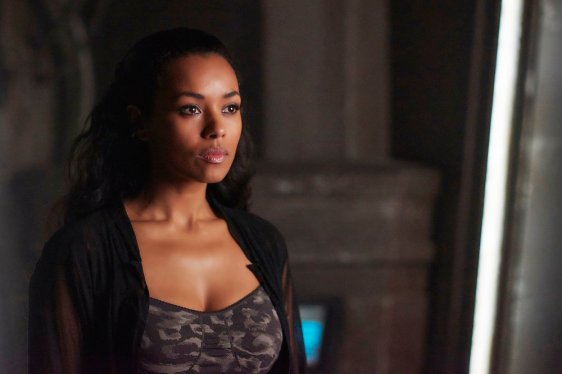 Nyx Harper (played by British actress, Melanie Liburd) is a strong, caring, kind and a fierce warrior.  She is extremely physical and has a particular fondness for weapons.

Dark Matter is a science fiction space opera that follows six individuals who wake up in a spaceship with no memory of their past.

Tamara Philip is a blogger and author of Interracial romance novels like The Trouble with Playing Cupid and the sequel, The Trouble with Romance as well as several novellas, such as The Art of Forgiveness  and Romancing the Grinch.